Home / PRCF Vietnam / What We Protect

The Eastern Black-crested Gibbon is considered to be one amongst the top five most endangered primates in the world.  It is a critically endangered species only found in an area of about 2000 hectares in northern Vietnam’s Cao Vit Gibbon Conservation Area and the adjacent Bungling Nature Reserve in southeast China.

Our conservation efforts towards this species concentrates on restoring its degraded habitat areas in the Vietnam side, were we carry out assisted natural regeneration activities in small valleys previously used by local people for agriculture cultivation, but now abandoned.  Most of our work is on practicing assisted natural regeneration in several valleys in the protected area.

Because our activities include enrichment planting with native species, we have researched 200 key gibbon food sources and now conduct phenological studies on 25 of these priority food plants to secure planting material.  We hold several nurseries with seedlings and wildlings of these species to aid in the restoration.  We also conduct research in to native species propagation measures, and conduct photo-monitoring of habitat restoration activities. 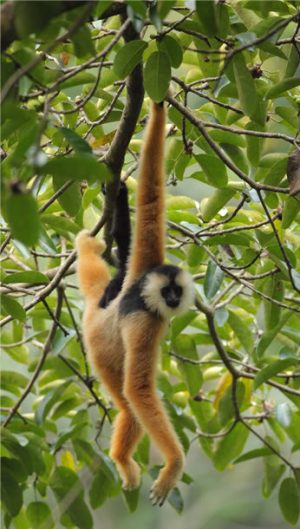 Our flagship species in Vietnam is the Francois Langur, an endangered leaf monkey whose global population is rapidly dwindling because of hunting and habitat degradation.  We work with the largest known viable population of the species in Vietnam, in the Lam Binh and Sinh Long landscape in northern Tuyen Quang.

PRCF Vietnam partners with local Tai, H’mong, and Dao communities to support conservation of the Francois Langur.  We work with villagers to strengthen their institutions and to establish community-based organisations that will support long-term conservation management initiatives for the species and its habitat. 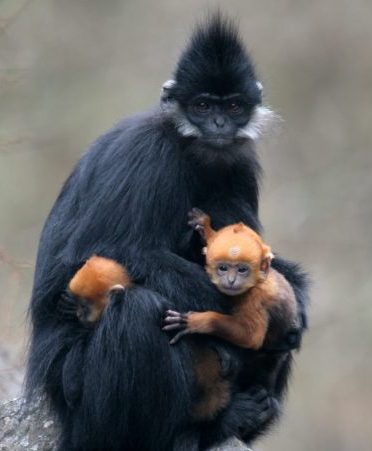 One of the 25 most critically endangered primates in the world is the Tonkin Snub-nosed Monkey.  It is a species endemic to Vietnam and the remaining population of about 250  concentrate at three sites in northern Vietnam.  We work in one of these sites: Na hang Nature Reserve in northern Tuyen Quang province.  The species has suffered a steep decline due to hunting and habitat destruction, and even in Na Hang the remaining population the population may not be of more than 25 individuals.

Using the endangered monkey as a flagship species, we try to protect its forest habitat in Na Hang Nature Reserve, which is known to also hold several other threatened species that include critically endangered Pangolin, Loris, and Soft-shell Tortoise.